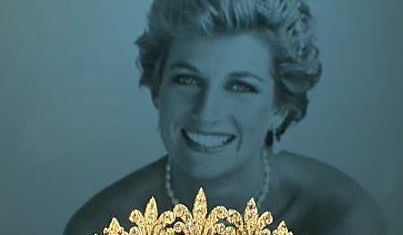 1. Why Do Celebrities Play Such A Big Part In Our Imagination? 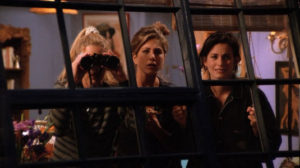 I have a theory that celebrities are just characters in my head. At any moment driving to work or walking down the street, I think about the people in my life. The ones I know glide alongside the celebrities in a constant, mental kaleidoscope. In my mind, my mother, Princess Diana, Hillary and Bill, my brother Bruce, my book editor, George Clooney and the entire casts of Ocean’s 11, 12, and 13, Tom Cruise, close friends like Bobbi and Gail, and Channing Tatum are all characters chaotically intersecting in the running drama I call my life.

Celebrities are both our intimate daily companions and as distant as the heavens above. It’s hard to know just how to think of them.

Based on how much time I spend immersed in media, can my mind always distinguish who’s real from unreal? I wonder.

Of course, the mind distinguishes between whom we know and whom we merely know of. Otherwise, we’d technically qualify as schizophrenics. But can emotions always make a distinction if, over time, you spend as much time on the unreal as the real?

Maybe things have changed somewhat since life in the Pleistocene era, but our neural hardwiring hasn’t. On some deeper level, we may think NBC’s Friends really are our friends. I’m not above admitting I’ve pictured myself as a seventh wheel sitting next to Rachel and Monica on the tattered sofa at Central Perk. More than once.

A few years ago, when I ran into Courtney Cox at Marix Tex Mex restaurant in West Hollywood, I waved instinctively. Who hasn’t had a celebrity sighting, mistaking a local newscaster, say, for a compadre?

If, like me, you spent time pouring over teen and celebrity magazines when you were a preteen, and arguably at your most impressionable, you know what I am talking about. You were alone. You felt vulnerable. No one understood you. Except for David Cassidy. Or Sandra Bullock. Or Jared Leto.

In one episode of the cartoon show King of the Hill, a character meets the late former Texas Governor Ann Richards. “You probably know me,” he says. “I’ve seen you on TV.” 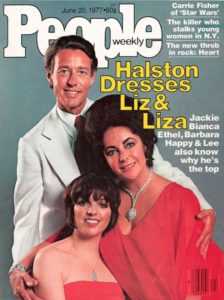 I was miserable at home in Virginia, a thirteen-year-old with curly dark hair and ugly glasses I’d soon trade for blue-tinted contact lenses. Puberty felt like bitter molasses, as slow as my parents’ acrimonious and endless split.

One stifling day in 1974, I couldn’t take their arguing, so I headed to Giant for Doritos, solace and escape. There it was! The first issue of People magazine in the checkout line. I snatched my copy with cover girl Mia Farrow smiling as Daisy in the film version of The Great Gatsby and headed home, a little bit of magic in my hands.

Seeing Mia in her sequined flapper dress was like the first sight of a red, lit exit sign after roaming lost. I wanted to skip the tense, plebeian dinner waiting for me, and head with her to Gatsby’s mansion, where jazz blasted, champagne poured out of ice swans, and Robert Redford called me “old sport.”

I told no one. I saved my celebrity escapes for late nights alone in my room after exhaling goodnight to harsh reality I drew in during the day. People magazine was new, but my behavior wasn’t.  A couple years before, I devoured Teen Beat under the covers with a flashlight, imagining I was The Partridge Family’s missing brother, the one my first celebrity crush David Cassidy would like better than TV bros Danny and Chris, and maybe even come save.

My dreams of escape morphed into full-fledged fixation when People’s cover featured Liza Minnelli, Elizabeth Taylor and Halston, touting the carefree revelry of New York City and Studio 54. I was obsessed with “Studio.” I wanted Liza and I to ride a white horse into her birthday party, past black velvet ropes, a mirrored disco ball overhead. I wanted to be worthy of entry into the exclusive VIP section, which, as I discovered later, was a filthy, blue-lit basement.

Since then, I’ve seen David Cassidy in concert, where I tried to make eye contact and reconcile the remnants of my teen idol behind crow’s feet and age lines. I waved at a very un-Daisy Mia Farrow buying pasta at Fairway on the Upper West Side near where I lived, and she waved back. I met Liza several times, including once sitting next to her at Eighty Eights piano bar in the West Village.  “Hi honey,” she said, glancing over like a neighbor.

I couldn’t have known when I was a teenager that the seeds of my celebrity escapism would one day grow into a beanstalk that led me into the fringes of the world I’d dreamed about.

Back then it was enough to breathe easy and dream while reading about David and the Partridges, Mia and Liza. They were the first times, but certainly not the last, that celebrity was my ladder to escape. 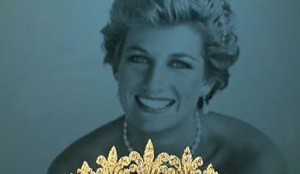 3. Shared Farewell to the Princess

August 31, 1997. On the last night of my summer in East Hampton, I ventured out to a nightclub—The Swamp, home to a swirling, mirrored disco ball left over from Studio 54. I stood restless at the bar; for some reason, I couldn’t sit still that night. CNN played in the background, but no one paid the television any attention. My stomach sank when the music stopped as a talking head mumbled above the din and people pointed to the screen, though no one could hear the man on TV. Word-of-mouth in the form of fast, whispered waves crashed across the room: Princess Diana. Paris tunnel. Car accident. She’s OK. Dodi’s dead.

I waited silently, holding on to hope, with the other patrons as updates flooded over the room. Then at 11:35, the sad news announced by a shaky Brit newsman: “Princess Diana has died.”

If this happened today, I’d pull out my cell phone and call or text a friend. Instead, I did what everyone did back then when faced with overwhelming, surreal news: I turned to the stunned strangers beside me, as much to make the unreal seem real as to help absorb the shock.  Two older men on my right let out pained exclamations, and the three of us huddled together for a few minutes, connecting over an abstract but profound grief. We talked as if we knew her personally, and, in my case, it turns out that the two of them did. It took me a minute to realize I was talking to Calvin Klein and Barry Diller.